No disaster scammer is safe from the NCDF

No disaster scammer is safe from the NCDF 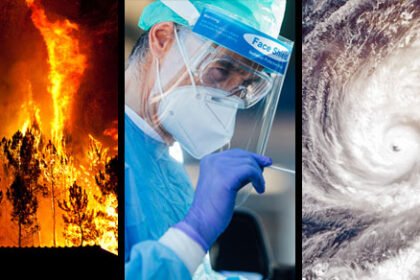 What do COVID-19, major hurricanes and West Coast wildfires have in common? All three have attracted scam artists, who have bilked disaster victims, charitable donors, insurance companies and government agencies out of billions of dollars. Also, all of these disasters — and the criminals who take advantage of them — are the focus of The National Center for Disaster Fraud (NCDF). Let’s take a look at what this partnership between the U.S. Justice Department and various law enforcement and regulatory agencies does to investigate and prevent fraud.

The NCDF was established in 2005 after Hurricane Katrina to combat the massive fraud schemes that emerged as financial aid poured into the Gulf region. The agency now coordinates investigations into all kinds of natural and manmade disaster fraud. It also helps to prevent perpetrators from finding victims.

Recently, the NCDF posted on its website tips for charitable donors who want to help victims of Hurricane Ida (justice.gov/disaster-fraud). For example, the agency urges people to avoid making cash donations, writing checks to individuals or donating via wire transfer.

COVID and other opportunities

COVID-19-related fraud — including dishonest Paycheck Protection Program (PPP) loan requests and phishing schemes offering fake “miracle” drugs — makes up the bulk of current NCDF complaints. In recent weeks, the Justice Department has announced the indictment and sentencing of a roster of COVID criminals.

This includes a Georgia woman who pleaded guilty to bank fraud after seeking $7.9 million in PPP loans for four medical practices she controlled. In another ambitious scheme, a Texas man submitted 15 fraudulent PPP applications to eight different lenders, seeking a total of $24.8 million.

Of course, criminals will capitalize on any opportunity. A California man received $26,000 in relief funds from the Federal Emergency Management Agency (FEMA) after falsely claiming a trailer burned in the Camp Fire was his primary residence. Earlier this year, a Florida woman was sentenced to more than six years in prison for using stolen identities to file five applications for FEMA disaster assistance that was intended for actual victims of Hurricane Irma.

Agencies investigating disaster fraud depend on tips from ordinary people who’ve witnessed or are victims of these crimes. The NCDF hosts a 24/7 telephone hotline (866-720-5721) and accepts Web form complaints at justice.gov/DisasterComplaintForm. Also, if you believe disaster fraud has delivered a double whammy to you or family members, contact us for more information on how to fight back.